Welcome to Centre for Basic Research 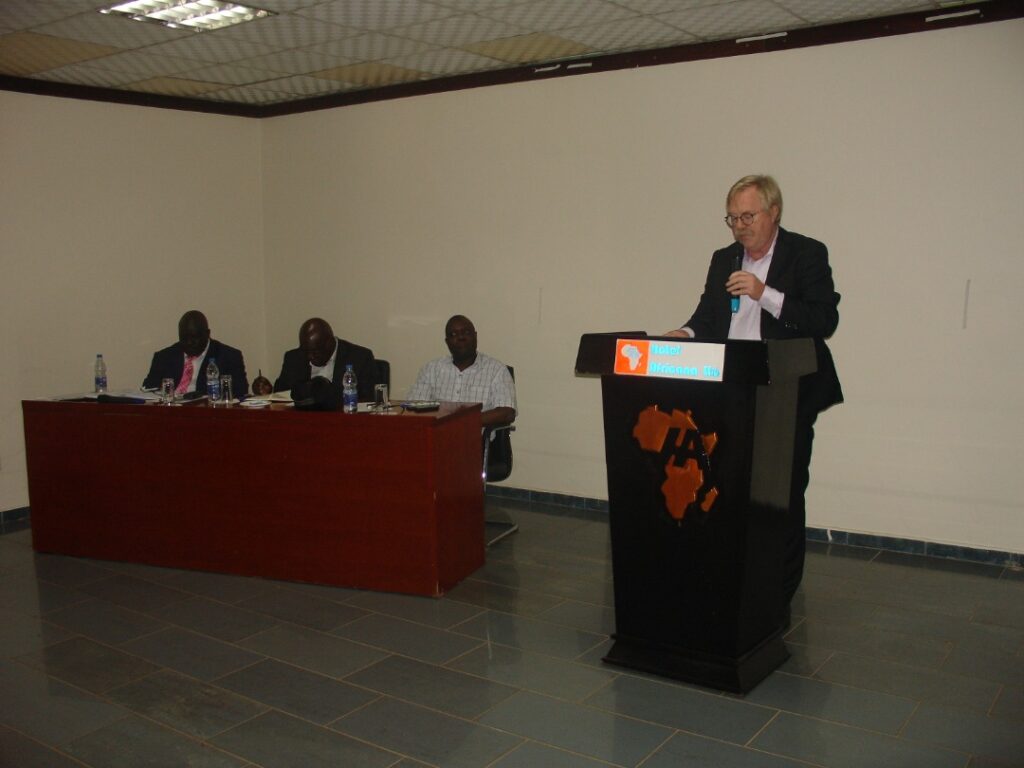 Centre for Basic Research (CBR) has since June 2018 been implementing a project titled: ‘Strengthening Evidence-based Democratic Governance Agenda Setting and Engagement by Civil Society in Uganda’. The project which ends in December 2020 is supported by the Democratic Governance Facility (DGF). The primary focus of the on-going project, premised on the assumption that civic education is one of the foundations upon which democracy thrives, is to produce, manage and disseminate knowledge in such a way that enables civic education stakeholders and practitioners pragmatically engage duty bearers and the citizenry to enhance democratic governance practices. This is pursued through a three-pronged strategy. The first strategy is to undertake research on pertinent civic education thematic areas, analyse primary and secondary data generated and appropriately package and disseminate the findings of the various researches, via different kinds of publications, media events and activities tailored to inform democratic governance agendas and interventions by civil society engaged in civic education in general, and DGF Implementing Partners (IPs) in particular.

This, it is hoped, enhances citizen engagements with government at different levels, which strengthens democratic practices. Eight desk studies on different thematic issues on civic education have been conducted, in addition to a comprehensive review of civic education in Uganda. The validation and dissemination of a National Synthesis report from the latter, whose fieldwork was conducted by CBR in 20 districts of Uganda between September and December 2018, to revealing the impact of civic education in the country is underway. This will be undertaken at national participatory stakeholders’ validation workshops. The findings of this study will contribute to our understanding of not only how civic education was conceptualized by state and non-state actors, but also how it has been organized and delivered, as well as the impact it has had over the years. It will also reveal community perspectives regarding critical civic education issues in the selected districts of the country. This will go a long way in revealing the current stakes regarding the future direction of civic education in Uganda.

The second strategy is establishing an elaborate documentation of published and unpublished literature on the broad agenda of civic education that is relevant to the promotion of democratic governance around the intervention areas of DGF’s civic education partners, for use as reference materials during current and future studies and researches on
emerging civic education dynamics on the basis of which lessons can be learnt and best practices inferred. This is informed by the realization that the knowledge that has been generated in the name of Uganda’s history largely reflects official discourses about our past, and therefore needs to be re-engaged so it can be re-interpreted.

The third strategy, which is complemented by media activities, seeks to encourage continuous debates on different thematic issues regarding civic education including interactive online discussions. This is aimed not only at raising civic awareness and competencies, but also to solicit for and respond to citizens’ views on pertinent civic education issues, as a way to engender greater citizen appreciation and participation in democratic processes based on an increased understanding and acceptance of their rights and responsibilities. The fourth strategy is to hold Monthly Expert Seminars on critical civic education issues in Uganda. These seminars are considered as an important avenue for the convergence between theories and the practices of civic education in Uganda in general. The Expert Seminars provide opportunities for civic education intellectuals and practitioners to engage with emerging issues from on-going researches to understand not only the contribution to the deepening of democratic governance discourse on civic education that has been undertaken so far by state and non-state actors, its approaches, delivery mechanisms and impact, but also the intellectual debates on the appropriateness of the civic knowledge generated in which are embodied the country’s core values and principles, on the basis of which civic competencies and dispositions can be nurtured.

The Monthly Expert Seminars provide an interactive platform for researchers, academics, policy makers and the general public to continue with the debates on the practical necessities of how civic education can become a better vehicle for providing citizens with the knowledge, skills and tools with which to enter the market place of ideas to
engage in a deliberative process in which ideals of the democracy we desire are as a country are discussed openly and truthfully to generate minimum consensuses on contested political and others issues that affect the country’s democratic dispensations. These Monthly Expert Seminars, therefore enable those who participate in them to think beyond their current political, occupational, intellectual and cultural dispositions in order to engage in critical inquiry into broader issues of the conceptualization of civic education from a nuanced understanding of the different interpretations of the country’s history, the structural constraints in civic education pedagogy and andragogy, including its approaches and strategies as a way to understand how to do democracy in ways that strengthen citizen’s civic skills and sense citizenship, even if this calls for doing it differently. In other words, the Monthly Expert Seminars are aimed at influencing the democratic governance processes by enhancing responsiveness of government to needs of citizens through continuous constructive dialogue and engagements based on citizen’s enhanced understanding of the country’s contemporary politics as informed by a correct appreciation of the various versions of its competing interpretations of its history.